You are here : HomeOur actionsBuilding and renovating18 new houses in Ain Lagradj, in Petite Kabylia, Algeria

Two winters (2009 and 2010) were required to finish this construction project allowing a full housing scheme to see the light of day at the entrance of the Kabyle village of Ain Lagradj. The houses with their tile roofs will soon be inhabited by very low income families and a construction training project will put the finishing touches this summer (public garden, road markings...).
Moreover, next September, a local company will build a multifunctional accommodation space (2 dormitories with 6 beds each, restrooms as well as 3 rooms) and an internet café. 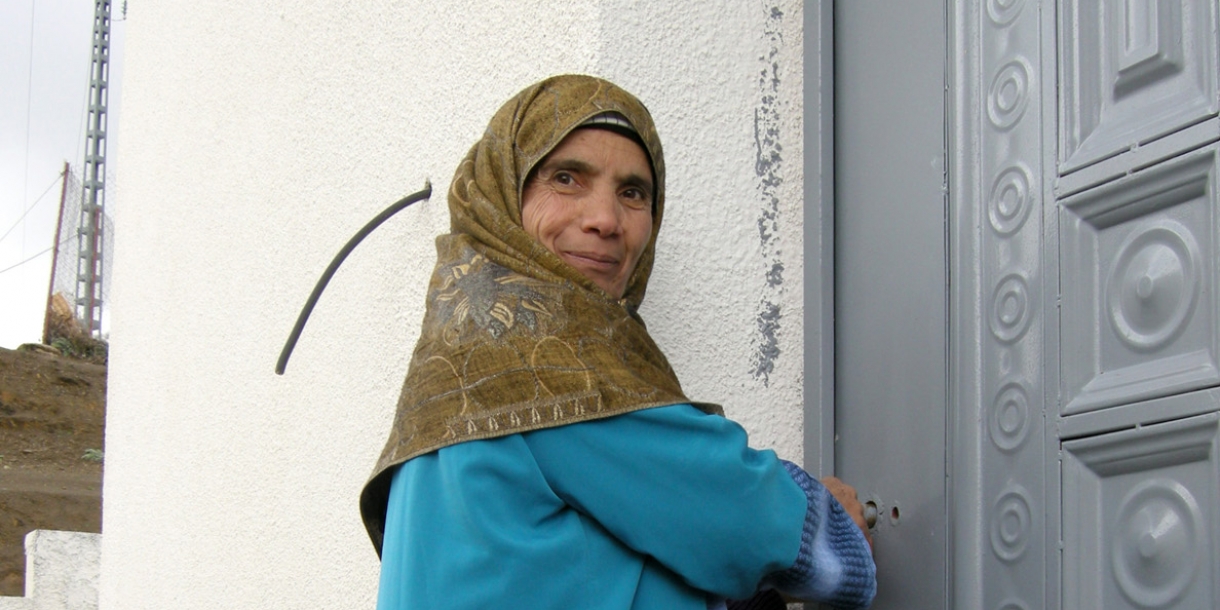 Local economic activities will revolve around tourism, local agricultural production (oil and figs) and crafts. A co-op for the trading of these products is under study. The Foundation financed the construction of the housing scheme, carried out by the organisation "Ain Lagradj Tourisme" in the framework of one of its partner programmes which will go on in 2012.

The Foundation will continue financing actions till 2014

In Goffat, the primary school which opened in 2000 has expanded with the addition of the Tchirozerine boarding secondary school; students can now avoid a daily roundtrip on foot and have access to three meals a day. Inaugurated in 2008 and having recently expanded, the school hosts 90 boys and girls allowing Goffat students to continue their education till the end of high school.
Until 2014, the Foundation will continue to finance some actions providing direct benefits to the residents on an individual level and others that favour the development of the village as a whole. Houses, infrastructures, collectives, wells, microcredit... the priorities are set collectively based on fair distribution.